At some point in your career, even if you’re not a salesperson, you’re going to have to sell something — whether it’s your idea, your team, or yourself. So how can you improve your sales skills, especially if you don’t pitch people often? What should you focus on first? And what should you do if you lose a sale?

What the Experts Say
Selling has a bad rap, says Thomas Steenburgh, professor at the University of Virginia Darden School of Business. “Very few parents say they want their kids to grow up to be a salesperson,” he says. His MBA students are no different. “Many of them tell me that sales is something they never want to do in their careers.” And yet, he says, “Sales is the most fundamental skill.” Scott Edinger, the founder of Edinger Consulting Groupand the author of The Hidden Leader, says that the resistance to sales stems from an “antiquated idea that selling is pushing people to buy something they don’t want, don’t need, or can’t afford.” But that notion is outdated. “Selling is moving somebody else to action,” he says. And that is part and parcel of professional life. “If you look at things you do over the course of your day, from internal meetings with colleagues to clients calls, almost all of your interactions involve some form of selling.” Here’s how to get better at it.

Reflect
Getting comfortable with sales requires an “understanding of what selling is,” says Edinger. Move beyond the used car salesman cliché. “Selling is not about putting undue pressure on and talking incessantly,” all while “wearing a light blue polyester suit,” he says. Rather, selling “is persuading, inspiring, and leading.” Your goal is “to work in collaboration” with a client or colleague “to drive change.” To get into the right mindset, Steenburgh recommends reflecting on your past positive experiences as a customer. “When you think about the best sales interactions you’ve had in your life, it’s almost like the salesperson wasn’t there,” he says. The seller was just “a person who’d taken a genuine interest in your problem and was helping you solve it.”

Put yourself in your counterpart’s shoes
“People buy for two reasons,” says Steenburgh. They either have a business problem that needs to be solved or they have a personal need, such as a desire to move up in the organization” that your idea helps accelerate. It’s your job to figure out your customer’s motivations: “What would it take to get your boss to sign off on a project or to get your clients excited about what you have to offer?” says Edinger. Do your research by talking with the people you’re trying to win over, and others in the know, well in advance of making your proposal. Think about what information you need to uncover. “Be empathetic. Focus on understanding the other party — what they need to accomplish and how they measure success.” This will help you tailor your recommendations.

Plan and practice
Crafting your sales pitch should not be a solo endeavor. Edinger suggests enlisting “a trusted peer or manager” to “role-play” so you can “see what works and what doesn’t.” Your goal is “to understand how the flow of these conversations feels and sounds.” Your colleague can coach you on how you come across and how to improve your delivery. Steenburgh recommends practicing in front of novices. “Talk to someone who is not an expert in the field, such as your grandmother,” he says. “Her questions will help you frame the problem.” Chances are, your first attempt at a pitch will miss the mark. “People spend so much time in their own heads, thinking about their idea, that they fail to draw the connection to how the product will improve someone else’s life,” he says.

Stay calm and don’t brag
Even with meticulous preparation, pitches can go awry. Your adrenaline is surging, so you may end up talking too much or failing to get to the point quickly. There is no easy solution, says Edinger. His advice: “Chill out.” Try to “relax your facial expressions” and keep your body language confident and loose. Check your tone and pacing. “Nobody wants to be lectured. Be respectful” but not overly deferential, he adds. “Establish a peer-level interaction. You’re not begging on bended knee.” Another common problem, says Steenbergh, is “letting your ego get in the way.” Sometimes, you get caught up in “talking about your strengths, and not what your counterpart wants,” he says. “At best, the person gets bored. And worst, it sends a message that you’re [not right] for the job.”

Close the deal
Being good at selling means you both “understand the ‘customer’ and understand the path they need to go through to buy,” says Steenburgh. It’s rare that anyone will immediately bite upon hearing your pitch — no matter how brilliant it is. Your counterpart “might need to assess the financial impact of such a purchase,” review competitors, or check with a higher-up before signing off. Regardless of what that next phase may be, you should “ask permission to move forward.” He recommends saying something like, “Are you ready to take the next step? What else can I do to help you make this decision?” Be “flexible” and willing to brainstorm, says Edinger. Think about ways you can “work together in collaboration to improve a product, service, or idea.” If the answer is no, or not yet, use the opportunity to gently probe. “Is the new idea too threatening? Too difficult? Or too expensive?”

Think long term
Veteran salespeople know it’s possible that “you’re going to fail more than you will succeed,” says Steenburgh. “You just have to have the guts to keep moving forward.” To summon that courage, remind yourself “that it’s not always about you.” Your counterpart has to take many interests into account. Remember, too, that sales is rarely “a one-and-done deal.” If your pitch is unsuccessful, “go back to your target in three months and ask, ‘How’s it going? Are your needs being met?’ If they are, great, but if not,” you may have another shot. “Think about the big picture.”

Case Study #1: Develop an understanding of your customer’s needs, and show empathic concern
Damian Vaughn, head of programs at BetterUp, a San Francisco–based company that connects employees with executive-level coaching, believes that being good at sales means that you understand both the “political and personal element” behind every buying decision.

“You need to be able to connect the dots between [your customer’s] business needs and their personal needs,” says Damian, a former NFL player turned entrepreneur. “And you need to show empathic concern.”

Earlier in his career, Damian worked as a management consultant. He wanted to sell his company’s organizational assessment and leadership development services to “George,” a CEO who had taken the reins of a technology firm poised for a great deal of change.

Before he developed his pitch, Damian did his research. “I needed to get a sense of the broader macroeconomic environment George was operating in,” he says.

He talked to George’s colleagues to develop a deeper understanding of the CEO’s personal motivations. The conversations were illuminating. “George was a seasoned CEO but not a veteran, and this was his first transformation,” he says. “He wanted to deliver business results, but he also had a need for significance. He wanted to prove that he belonged in this orbit.”

In addition, George was eager to connect with his employees. “The people component was really important to him,” Damian says.

He used this information to tailor his pitch to George. It was subtle: “The messaging was that the success we were going to achieve would tie directly back to him,” he says.

Damian also demonstrated how his consulting services would allow George “to engage and collaborate with his employees. I showed him how everyone would feel connected.”

At the beginning of the pitch, Damian provided a brief overview of his company’s services. Then he paused. It was George’s turn to talk. “I listened to George’s vision and intentions,” he says.

After George was done, Damian presented his case. “Our solution was what I’m sure felt like a customized service,” he says. “It was what the business needed and what he wanted.”

George signed on, and the successful engagement lasted about 18 months.

Case Study #2: Learn from mistakes and be willing to collaborate with your customers on a solutionDavid Neenan, president of international at TransUnion, a consumer credit reporting agency, often attends sales meetings at the C-suite level. “I am not a salesperson, but I have to represent the best of what we do and why it’s relevant,” he says.

Early on, he made mistakes. “I sometimes came in with too many ideas of where we might be helpful, and it overwhelmed the listener,” he says. “I have learned that sales takes discipline and that I need to pick and choose what to talk about once I understand the customer’s problem.”

A few years ago, David was in a sales meeting with a big bank that wanted to cut its approval process for credit seekers to less than 10 seconds.

“We understood that this was not going to be a quick fix, because we did not have an off-the-shelf solution,” he recalls. “We needed to take a couple of leaps forward and brainstorm with the client to see how we might build a model or framework to solve the issue.”

David enjoys this kind of collaboration. “I work in 30 countries, and I like sharing experiences from other markets by taking what we know works in Market A and applying it to Market B,” he says. “That’s when you start to use the word we, as in ‘We are solving the problem together.’”

David and his team marshaled the internal resources to build a solution for the bank, and it signed with TransUnion.

18 Great Sales Books to Improve Your Skill in Sales

No Result
View All Result 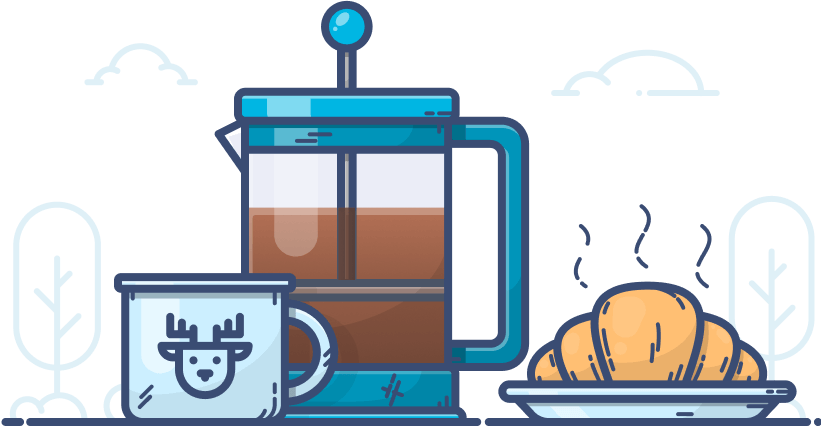